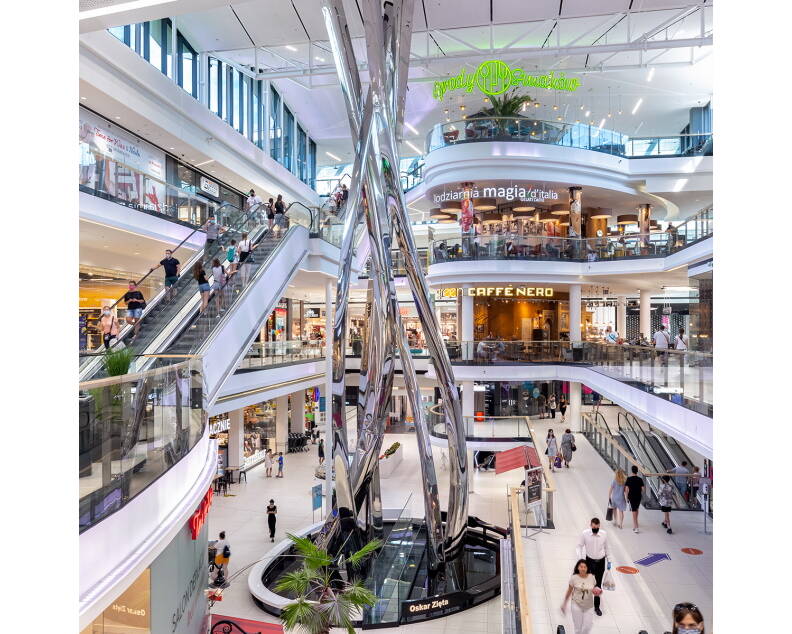 The Galeria Północna combines the pleasure of shopping with relaxation in an urban space, motivates and inspires.

Also artistically. At the central point of the Galeria Północna rises the tallest sculpture in Poland, “Wir”, by Oskar Zięta, one of Poland’s best-known and most respected designers. This eminent graduate of the Szczecin University of Technology has developed an original method of inflating FiDU sheet metal, which has found its way into furniture production, among other applications. In his Prozessdesign studio, based in Wrocław and Zurich, he creates innovative designs that have brought the artist many important awards and distinctions, such as the Red Dot Design Award (2008), the German Design Council Award or the Audi Mentor Prize (2011). Oskar Zięta’s installations can be admired in prestigious museums around the world, including the Centre Pompidou in Paris, the Museum fur Gestaltung in Zurich, MoMA in New York and the Pinakothek in Munich. Now his unconventional art has also been presented at the Galeria Północna.

The 22-metre installation was originally intended to be a fountain. The final concept for the work was inspired by the water whirl that runs through all levels of the Galeria Północna in the form of a steel structure.

Its size and form encourage guests to ascend to the subsequent floors of the building to look at the sculpture from a new perspective, which presents itself differently from each side. The pond at the foot of the “Wir” creates a reflective effect in the water surface and protects the sculpture from damage. The location of the sculpture, the light illumination and the arrangement of the surroundings were designed to create a space for contemplating art away from the hustle and bustle of shopping.

“Wir” is a work that breaks artistic conventions and technical limitations. The design was based on Bézier curves, which took their final shapes first on a computer screen and then in models printed on a 3D printer. The assembly was preceded by numerous simulations to ensure the safety and stability of the magnificent structure. Oskar Zięta’s work was created in Zielona Góra, and the complicated and time-consuming process of its production involved many stages, such as welding, blowing, deforming and polishing the sheet metal. Both the storage of the world’s longest sculpture elements and their transport to Warsaw were a challenge. The assembly of the “Wir” itself was only possible during the construction phase of the Galeria Północna. The transport of the individual elements of the work of art into the building, the heaviest of which weighs as much as 900 kg, was done through the roof. 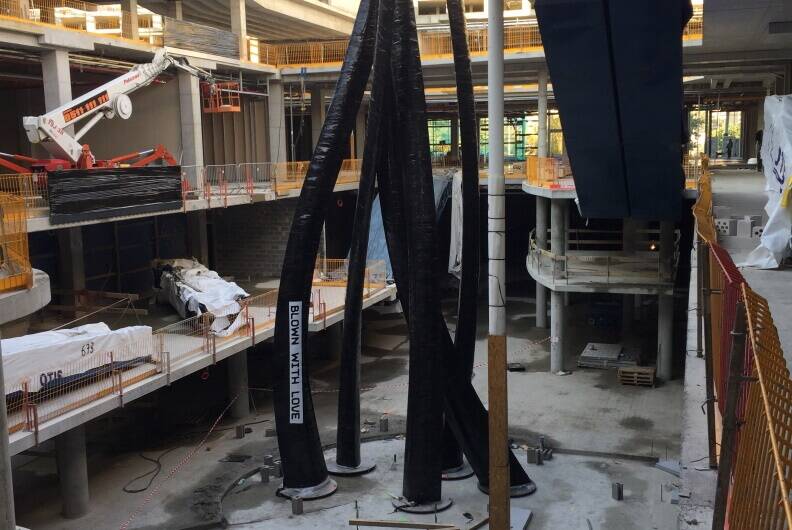 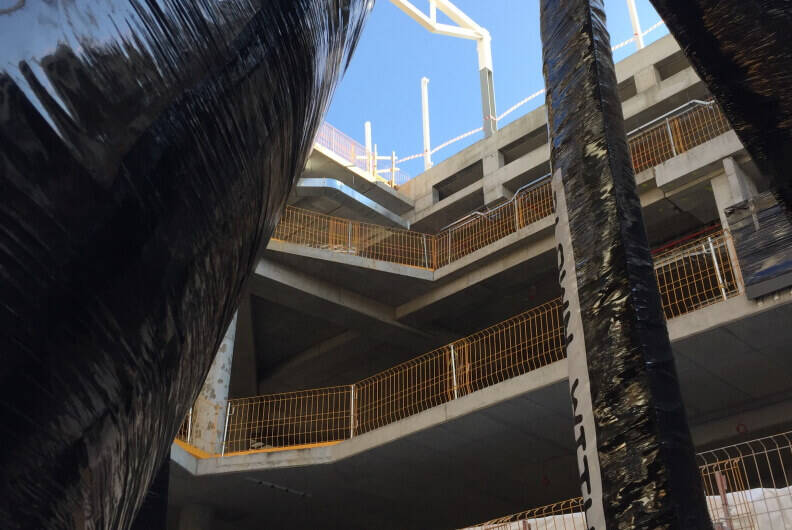 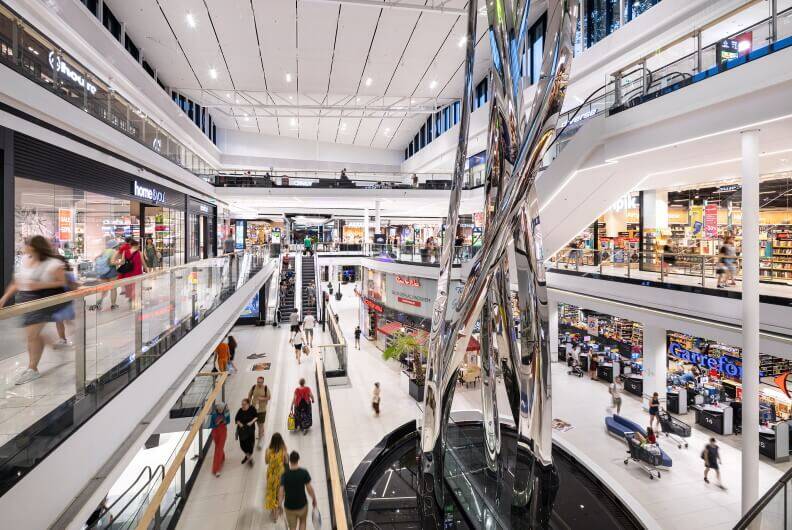 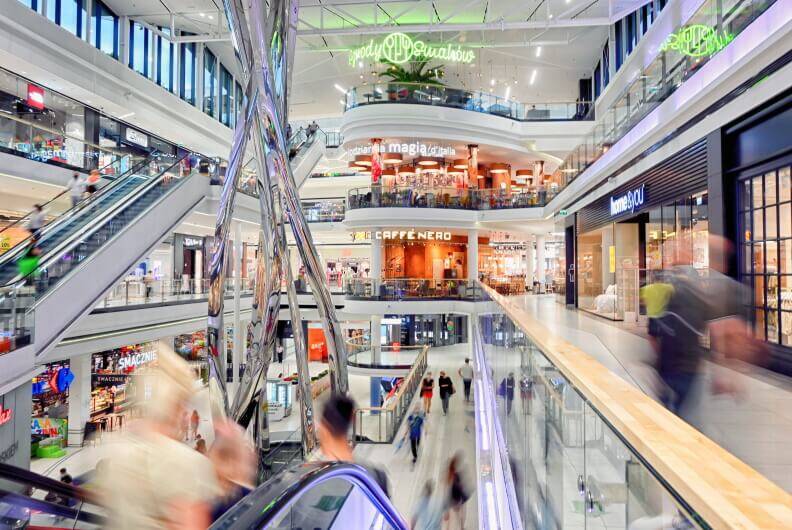 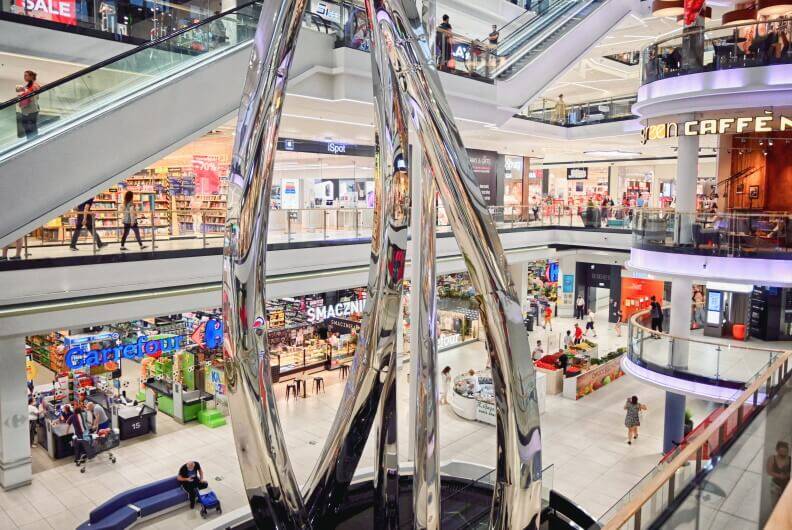